In spite of the costly fines associated with the illegal activity of speeding, it remains a prevalent safety issue on U.S. streets and highways.

And sadly, car accidents caused by speeding are one of the primary, most common types of accident.

Speeding can refer to either exceeding the posted speed limit, or driving too fast for particular weather and road conditions, for instance icy, snowy, or foggy conditions.

Speeding drivers who encounter inclement weather conditions are placing themselves and others on the road in harm’s way.

Speeding, for any reason, greatly increases a motorist’s chances of being involved in a car accident.

When a driver speeds, he or she is drastically reducing the amount of time they have to stop their vehicle to avoid colliding with other drivers, motorcyclists, bicyclists, or pedestrians.

Driving too fast often causes individuals to engage in risky maneuvers, including swerving and slamming on the brakes.

Speeding can take place anywhere. However, according to the National Highway Traffic Safety Administration (NHTSA), speeding on local roads where the posted limit is generally lower was responsible for 80% of car accidents caused by speeding fatalities in 2011.

The NHTSA also reports that speeding is a factor in one-third of all fatal car accidents nationwide.

Young male drivers, aged 15-24, are the demographic most at risk for deadly speed-related car accidents.

This group speeds more than other drivers, increasing their risk of a fatality.

Another indicative behavior of speeding drivers is the decreased likelihood of wearing a seatbelt.

The NHTSA reports that just three years ago, only half of young speeding drivers involved in fatal speed-related car accidents were properly restrained.

In the event of a crash, any driver or passenger of a speeding car not wearing a seatbelt may suffer serious consequences.

Studies show that a driver who drinks and drives has a greater potential to also exceed the speed limit.

Drunk driving and speeding are two extremely dangerous driving behaviors that when combined greatly increase the risk of a car accident.

An impaired driver has delayed reflexes which can have a catastrophic result, especially when speeding.

A driver who speeds may face greater penalties than a pricey speeding ticket.

Those who suffer personal injury at the hands of a speeding driver can pursue legal remedies.

If it is determined that speeding caused the car accident, the violator can be found negligent and legally responsible. 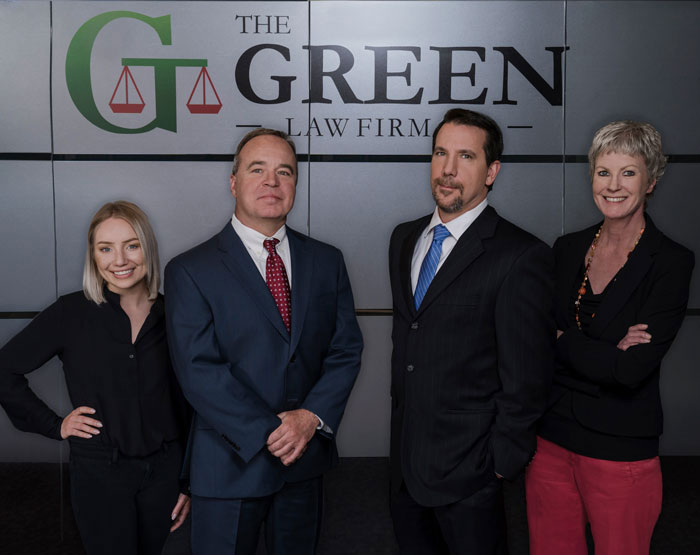 If you have been injured by a speeding driver, it is important to discuss your case with an experienced Colorado Springs car accident lawyer immediately.

Contact a Colorado Springs attorney at the Green Law Firm, P.C. today to schedule a no-obligation consultation and discuss your case.

Call us today at 719-694-8515 or fill out the contact form on this page. We can help you obtain maximum compensation for your injuries.