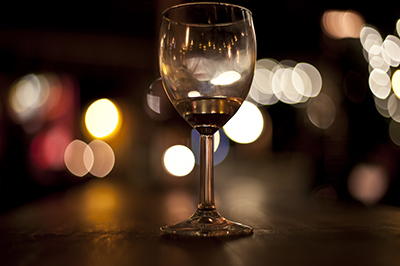 A DUI collision in Colorado Springs earlier in July, resulted in two people being seriously injured.

According to the Colorado Springs Police Department, the crash occurred on South Circle Drive around 8:30 p.m. on the evening of Sunday, July 5th, and involved only a single vehicle.

Apparently, a Chevrolet sedan was traveling the wrong direction in the oncoming lane of traffic, when it drove off of the side of the road and crashed into a tree.

The driver, who was later arrested for vehicular assault and DUI, attempted to flee the scene of the crash, but was detained by people nearby who had witnessed the collision.

There were a total of three people in the vehicle when the accident happened, all of whom had to be transported to the hospital. Two of those people reportedly had very serious injuries.

Circle Drive was partially closed for investigation after the accident.

Drunk Driving is a Serious Problem in the United States

According to the National Highway Traffic Safety Administration, there are more than 10,000 lives lost annually in the United States because of drunk driving. That’s equal to 30 people every single day, and one fatality every 50 minutes.

The economic fallout of these crashes is immense, costing as much as $44 billion in damages for the year of 2010 alone. But despite these facts, people around the country everyday choose to engage in a dangerous behavior, that not only puts their own lives at risk, but also endangers the lives of the people around them.

What to do After a Collision With an Intoxicated Driver

If you’ve been injured in an accident caused by an intoxicated driver, it’s important to know that time is of the essence. It is crucial that a thorough investigation into the circumstances surrounding the crash be conducted as soon as possible, in order to uncover any important information or evidence that could be helpful in proving liability on the part of the drunk driver. In Colorado, there is a statute of limitations limiting the amount of time available to collect, what could be, a large amount of information.

In order to file a lawsuit against a driver responsible for an accident in Colorado, it’s necessary to prove that driver had a blood alcohol content level of at least .08 at the time of the crash. That driver’s attorney may attempt to limit the driver’s liability for the accident by trying to pin the blame for the crash onto you, or they may claim misconduct on the part of the police or question the results of the blood alcohol test.

Any of these actions may make it more difficult for you to obtain fair compensation after an accident, compensation that can help pay for expensive medical bills, loss of earnings, property damage and pain and suffering. After a DUI accident, it’s very important that you contact an experienced attorney as soon as possible. Most attorneys offer free consultations, and these are great opportunities to learn what your possible legal options are.

Irresponsible drunk drivers can cause life-altering injuries, inflicting senseless suffering on accident victims and their families. If you live anywhere in Colorado and have been affected by a DUI car accident, contact our office today. Our Colorado Springs car accident attorneys will conduct a thorough investigation of your car accident to determine what types of damages you may be eligible for. We will work tirelessly to recover the compensation you deserve.

Contact the Green Law Firm, P.C. today to schedule a no-obligation consultation and discuss your case, by calling (719) 694-8515, or by filling out the contact form on this website.