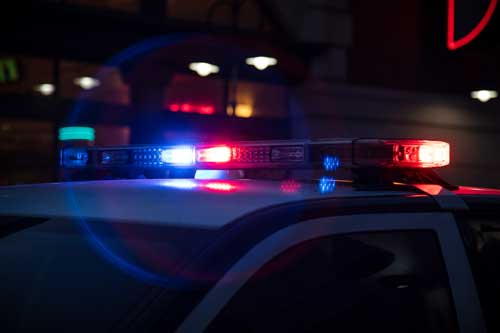 A crash on July 13th resulted in a power outage that affected over 23,000 Colorado Springs residents.

According to the Colorado Springs Police Department, the collision occurred around 1 a.m. on the morning of Monday, July 13th, near the intersection of North Academy Boulevard and La Salle Street.

Apparently, a southbound vehicle containing four adolescents traveling down Academy, went over the median in the road, and crashed into an electrical substation. At some point during the crash, the vehicle rolled multiple times, which resulted in a 13-year-old being thrown out of the car.

The 13-year-old was taken to the hospital with serious injuries, but tragically passed away at the hospital the following day, according to NEWS5.

Tens of thousands of residents were affected for about three hours, but Colorado Springs Utilities was able to bring the power back on shortly after 4 a.m.

Police said they believe that speed was probably a factor in causing this accident, and that this marks the 19th traffic accident fatality in the area so far this year.

In the United States in 2018 alone, 9,378 people, over 25 people per day, died in fatal car accidents in which speed played a major factor. Of all of the 33,654 fatal crashes that happened that year, it’s estimated that 17% of those drivers involved were speeding at the time of the accident.

The main reason speeding is dangerous is clear; the faster a car is going, the less time the driver has to respond to an unexpected event on the road, and the more likely that driver is to lose control of the vehicle.

But there are other aspects of speeding that many don’t consider, and may not be aware of. First, vehicle safety equipment is not as effective at higher speeds, so the passengers in the car are actually in increased danger due to a higher likelihood that safety equipment won’t deploy correctly.

Also, the actual severity of the crash is increased the faster the vehicle involved in the crash is going.  In a collision, the force of the impact increases exponentially the faster the vehicle is traveling. And just a little bit of extra speed can make a big difference. The impact of an accident at 35 miles per hour is twice as much as it is in an accident at just 10 miles slower, at 25mph.

Speeding accidents can be avoided, and we should all do our part to slow down when we’re behind the wheel, and encourage our friends and families to do the same.

Have you been injured by the negligent actions of another person or organization? Are you concerned you won’t have the money to pay medical bills and lost expenses? If so, you need an experienced Colorado Springs attorney on your side to help you fight for justice.

Contact the experienced Colorado Springs personal injury attorneys at the Green Law Firm, P.C. to schedule a no-obligation consultation and discuss your case. Call (719) 694-8515 or fill out the contact form on this website to get help today.